Last week, I said that Mondays would be about my job search. Here's what I've done so far.

The first draft of my CV

Honestly, it was easier than I thought it would be. It took me 8 Pomodoros (3 hours 20 minutes) to plan out and write.

I ended up having more to put on than I thought. However, I'm still anxious that I don't have enough to show for my three years at home. Compared to any other recent graduate, I think I should look very good. However, compared to someone who graduated three years ago, I'm not so sure.

A trip to Bristol

It's been a while since I've done any travelling by myself. Whenever I go anywhere, I'm usually with someone who knows what they are doing. Applying for jobs is probably going to involve getting to a lot of interviews. I thought it would be a good idea to re-familiarise myself with travelling by bus.

Last Friday, I went to Bristol on the bus (from Glastonbury). It went incredibly well. I found the whole experience very relaxing and not at all stressful.

Before I went, I looked at a map of Bristol. I set myself the "goal" of walking to the Clifton Suspension Bridge from the Bus Station. Approx 35 minutes walk according to Google Maps.

I decided to just set off and try to find my way there with nothing but my memory. In terms of actually navigating, it was a complete failure. I got pretty lost. I had printed out a map in case of emergencies but couldn't even locate myself on it because it wasn't detailed enough.

I wondered, quite by accident, into a lovely little area called Brandon Hill Park. There was a tall tower with a winding staircase which I went up (Cabot Tower). For some reason, there were tons of ladybugs at the top. I spent a little while photographing them. Although I was totally lost, I was still having a great time. I had all day so I was happy to go slowly. 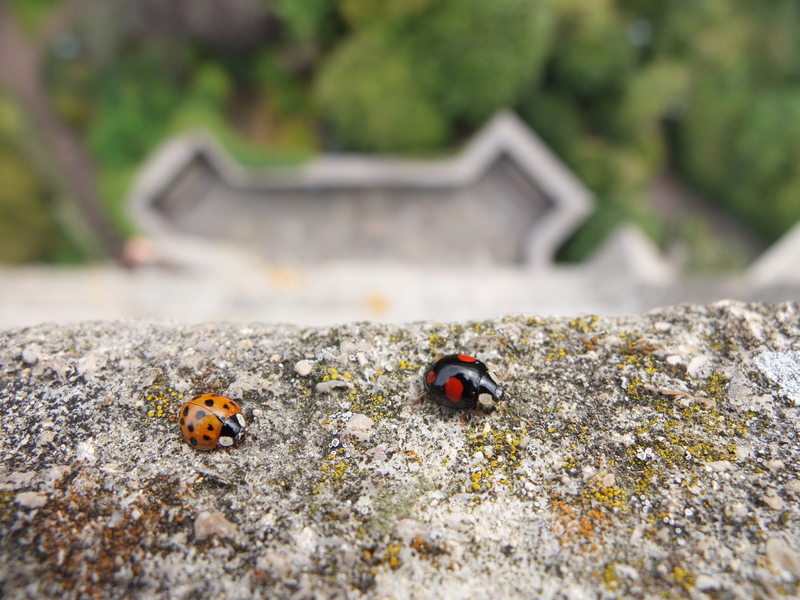 Although I had read signposts telling me I was in Brandon Hill Park, I still had no idea where that was on the map. I thought I had wondered too far north. To find my way back, I headed towards the only major landmark I recognised: the river. Although it was fun just trying to use my own memory to navigate by, I had already been walking for over an hour and just wanted to get there. I figured out where I was on my map and planned a more direct route to the Clifton Suspension Bridge.

The Bridge was a pretty awesome sight. Very high above the river. I walked across it and back again and then sat down and rested on a nearby bench. 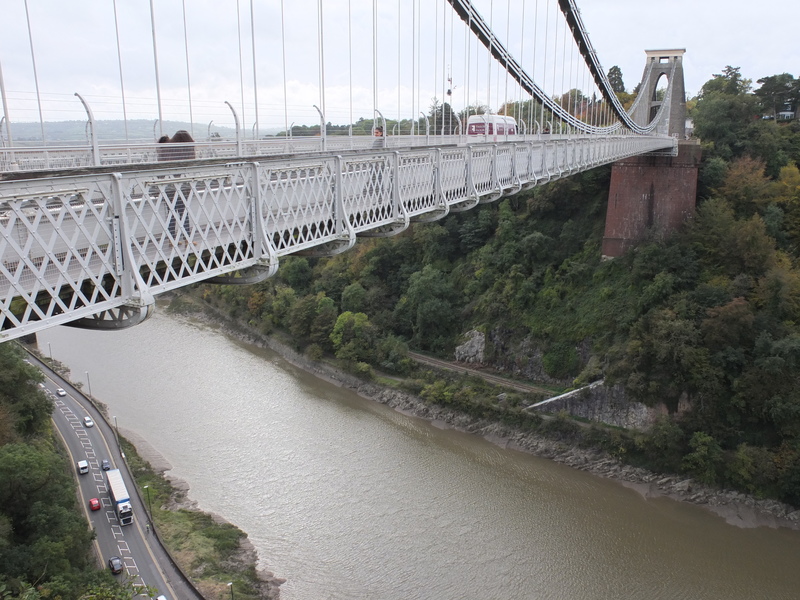 I planned a more direct route back and set off. I got a sandwich to eat and had a brief look in the shops before catching the bus back home.

A direct route to the bridge would have taken me just over an hour. However, I probably spent more like three and a half hours walking. 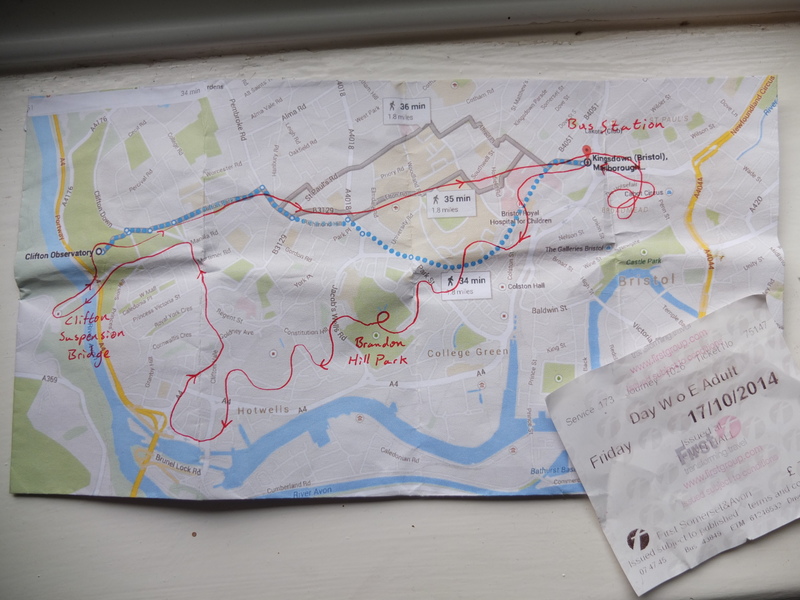 Overall, I really enjoyed this trip. I'm pleased with how it went. It's purpose was to re-introduce myself to travelling alone and in that respect it was a complete success. However, I realise that I can't continue repeating the exact same trip. I want to make things difficult for myself. Now that I know I can easily handle the travelling, I want to start doing some more challenging activities.

Specifically, I want to start going to some social events. I don't know exactly what yet. I've been browsing meetup.com and have lots of ideas already.